DM Live has the following equipment at our disposal to digitize, transfer, and capture several different media formats. All recordings are mastered while listening to Sennheiser HD-560S headphones. Scans of tape inlays, photographs, info sheets, etc. are done using a Canon CanoScan LiDE 60. 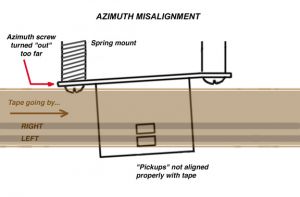 DM Live offers audio cassette digitization services using a professional-grade Nakamichi MR-1 to yield the best reproduction quality from any given tape. Nakamichi cassette decks boast a superior frequency response to other decks. Playback head azimuth is manually adjusted to match each tape for the best possible frequency response, and pitch control is used when necessary to adjust playback speed to be as close to accurate as possible without subjecting audio to digital speed-correction.

Reel tapes containing live recordings of Depeche Mode are exceptionally rare (see Category:Reel sourced recordings). For reel preservation and digitization, Sonicraft A2DX Lab is the preferred choice of DM Live of reels that are of particularly high quality, such as a pre-FM recording. Lesser quality reels will be digitized locally.

DM Live is able to transfer DATs using a computer DAT drive, but this does not always work with every DAT. If this does not work, our friends at NINLive have several Tascam DAT decks which can be used to digitally capture DAT tapes. Eventually a Tascam DAT deck will be obtained for use by DM Live as well.