This gig is not noted on official gig records. This gig has been noted by fans who were around the band at the time, via diary entries or through personal recollections. Unfortunately, this date has an unconfirmed setlist along with many other early concerts. 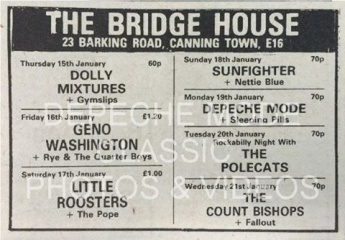 Sleeping Pills was the support act.