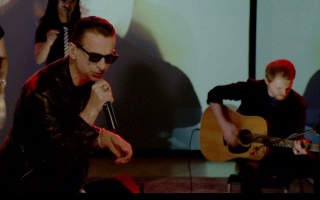 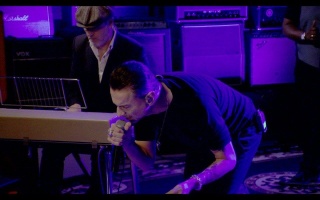 The day after 2015-11-04 Fabrique, Milan, Italy, Italian TV channel Sky Arte HD went to Officine Meccaniche in Milan to not only do an interview with Dave Gahan and Rich Machin there, but also to record a few songs with them. It was first aired on Sky Arte in Italy on December 16th, and then on MTV Live and VH1 Classic in the USA in April 2016. The production company who made the special has uploaded the first half of the special on Vimeo. In the entire special, performances of 'Shine' and 'Tempted' were shown. The production company who made the special then uploaded not only these two song performances as separate clips on their Vimeo channel, but they uploaded a performance of 'All Of This And Nothing' as well, which makes it a web-exclusive. Unfortunately they removed the videos of the three songs performances later on, but we have downloaded them.