Speak & Spell is the debut studio album by Depeche Mode, released on 6 November 1981 by Mute Records. The album was supported by the 1980 and 1981 tours. 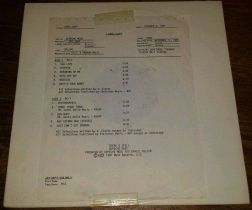 Online record store recordstore.co.uk (formerly Mute Bank, the official Mute Records store) lists November 6th, 1981 as the album's release date. Based on this listing and the journalistic evidence supporting an early November 1981 release, this is likely the most accurate date.