In 2012, Recoil was featured in an artist testimonial for multiple software plugins by Amsterdam-based audio software developer FabFilter. In the feature, Alan Wilder describes his use of FabFilter audio tools in the production of several Recoil projects, including the Spirit of Talk Talk tribute album and his remix of 'In Chains'. 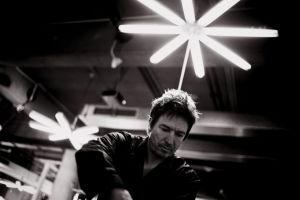 Recoil is the project of Alan Wilder, formerly of Depeche Mode. Alan is a classically-trained musician and renowned contemporary music producer.

Recoil was born in 1986 as a two-track experimental EP. An album, Hydrology, soon followed in 1988 and both were eventually re-issued by Mute Records on CD as Hydrology plus 1+2.These early Recoil recordings revealed Wilder’s position as a pioneer in the newly emerging world of sampling technology.

Soon after recording the most successful Depeche Mode album to date - Violator - he returned to the Recoil project for his next album, Bloodline, in 1991. Guest vocalists were recruited for the first time with contributions from Douglas McCarthy, Toni Halliday and Moby, helping to produce an album that demonstrated his ability to concoct slow-burning soundscapes drenched in drowsy paranoia. Bloodline also marked the first Recoil single, a cover of Alex Harvey’s song "Faith Healer", as well as the innovative "Electro Blues For Bukka White".

Between 1992-93 Wilder resumed his Depeche duties as the band recorded the album Songs Of Faith And Devotion. Released to universal acclaim, it topped the charts in the UK, USA, Germany and a host of other countries. Although the group had reached the pinnacle of success, in June 1995, having spent 14 years as an integral part of one of the most popular and influential bands the UK has ever produced, Alan Wilder made the difficult but inevitable decision to leave Depeche Mode.

During 2010 and 2011 ‘A Strange Hour’ was presented in 52 cities across the world as part of the Selected Events tour to celebrate 25 years of the Recoil project. 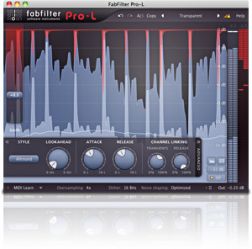 FabFilter Pro-L user interface.
Audio limiters reduce the dynamic range of an audio signal processed through it. Contrary to a compressor, which gradually reduces an audio signal if it exceeds a certain threshold, limiters transparently prevent the signal from ever exceeding a specified level, allowing for audio mixed to a consistent volume level that retains its dynamic range

Says Alan : "The idea to take Recoil out on the road evolved during the release of Selected in 2010. The events were not so much ‘live’ band but more art installation featuring stripped down, edited sections from many Recoil remixes and alternative versions. For the presentations, I managed to gather together filmmakers from as far as Russia, via the Czech Republic and Hungary, all the way to Argentina. The Recoil concert film 'A STRANGE HOUR IN BUDAPEST' offers a captivating and exhilarating document of ‘A Strange Hour’. Recorded and filmed at Szikra, Budapest, December 4, 2010.

From June 1st, in conjunction with Umatik Entertainment, Shunt Production will be accepting pre-orders for the Recoil concert film 'A Strange Hour In Budapest', to be released on Blu-ray. This is a full HD production with DTS-HD 5.1 surround sound and stereo audio soundtrack, mixed by Alan Wilder and Paul Kendall.

Directed and edited by Attila Herkó, A Strange Hour In Budapest will be delivered as a Blu-ray only format, presented in a deluxe DVD-sized 6 panel digi-pack with reinforced slipcase, containing a 170gm 16-page booklet packed with information and photo manipulations by Ákos Szénási. With the first 1000 copies individually hand-stamped/numbered, the disc will also feature extra promotional films and live projections.

The concert film will initially be available to pre-order via the Recoil Official Store, and later at other on-line and retail outlets via Alfa Matrix. All store on-line orders are dispatched with an exclusive code to receive downloadable extras such as a pdf art booklet with extra spreads, a soundtrack sampler, Recoil 'live' photographs and project wallpapers.

"I heard about FabFilter through various people including my studio colleague Paul Kendall. I started experimenting with FabFilter Pro-Q, followed by Pro-L, Pro-C and more recently all the other FX plug-ins. I find that, increasingly, these are the first I turn to for elegant and transparent tailoring and tweaking, especially during the mixing process. I use the limiter on my overall mixes these days, as once again it seems to act transparently and effectively. Mostly the plugs are of extremely high quality, very musical and don't 'attack' the sound in any savage way, or apply any unwanted colouring. They are also visually friendly, very easy to control, and come with many many useful and reliable presets."

"Most recently you will hear the work of FabFilter on two songs I have recorded (as Recoil) for an upcoming tribute album called Spirit of Talk Talk as well as a mix released not so long ago of 'In Chains' for Depeche Mode and also a mix of Minutes for Sonoio."

"The Fab plug-ins are highly impressive all round!"