A very good sounding audience recording, one of the best from the "Construction Time Again" tour in my opinion. There's some slight distortion due to tape saturation at times, and some slight hiss, but less than previous iterations of this recording. The recording starts out a little muffled, but by the middle of Now, This Is Fun, it becomes significantly clearer. The last couple seconds of The Landscape Is Changing and the first few seconds of And Then... are missing due to tape flip, but otherwise this is a complete recording.

Revision A notes: The prior transfer of this tape performed on the Nakamichi Cassette Deck One was fraught with speed fluctuations - listen to the beginning of Two Minute Warning for instance, and the issue is obvious. DM Live no longer has that particular deck.

This recording has been infamously bootlegged in the past on some silver CD releases, the most common being "Hysterika" and "On The Crest Of A Wave", both of which have speed issues and sound worse than this direct transfer of the original cassette. I have also read that this audience recording has been broadcast on the independent Italian FM radio station "Radio Popolare".

I purchased this cassette on eBay along with two other Fabio B. DM masters (1984-11-28 Milan and 1987-10-29 Turin). Thanks to Vince for his assistance with securing these tapes. 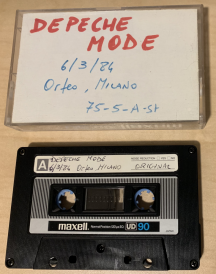 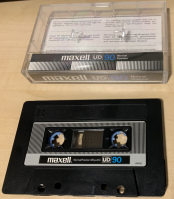