Rob Bailey wrote on Straight.com in 2017:

The first time I saw Depeche Mode was in March of 1983, when the then-youthful foursome played the Commodore Ballroom. This was a very different band from any I had seen before, and I was puzzled by their stage setup. No drums, four keyboards in a row on stands, and most puzzlingly, a Tascam 4-track tape machine on a table behind them. The tape started playing, and they trotted out in their effortlessly cool British finery, all sculpted hair and tight clothing, but quickly retreated back to the dressing room in less than a minute when a mix-up of lines to the console rendered performance impossible! A roadie rewound the tape, hit play, and they started the show over! Shit happens.

Shades of Life was the support act. 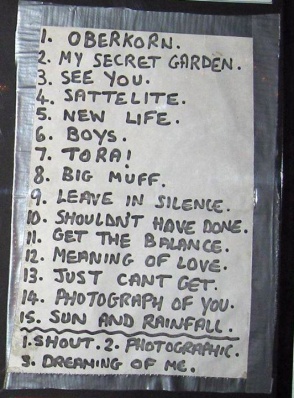