According to Billboard, the attendance was 21.024 people.

Feathers was the support act. 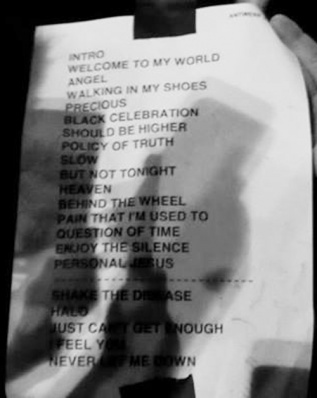