Quiero Club was the support act.

According to a 2008 tour list uploaded by PeterToo, this concert was initially planned to take place on 2009-10-02. 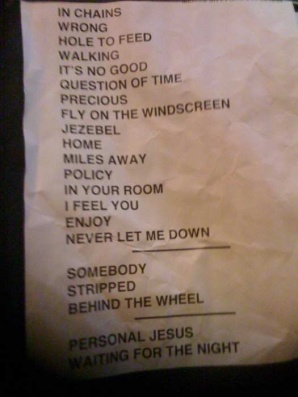